Last month was National Poetry Writing Month – NaPoWriMo. I decided to commit myself to writing and posting a poem every day for 30 days. I joined a NaPoWriMo Facebook group of a dozen or so poets whose work I admire, and warned my family and friends that I would not be fit to live with for the next month.

Ordinarily, writing poems comes last, after other commitments are fulfilled. Which is why writing retreats are so important to me – when I’m far away from home and can’t take care of other things even if I wanted to, I’m free to focus on writing.

But I want to be able to write at home, too. And I thought that committing to NaPoWriMo – making it my priority to spend whatever time it took to generate a new poem and work on it, at least enough so that I could bring myself to post it for others to see – every day for a month – might be the boot camp reorientation practice I needed.

I don’t work quickly: it takes me a very long time to discover where a poem is trying to go, and how to open space for it to breathe. So would I be able to let other things go during NaPoWriMo and make writing poems my job?

The answer is that it was hard and I struggled with old habits every day. Every evening I felt that I had accomplished nothing during the day, because I had made writing a poem my priority, and that ended up taking so much time and energy that I did very little else.

But it was great discipline. And it gave me the excuse I needed to ignore the inner ringmaster and do what is, in truth, far more important to me.

So NaPoWriMo was a start. I’m trying to keep it up, keep going – if not a poem each day, a poem or two a week? Maybe?

About half the poems I wrote in April are worth continuing to work on. There’s energy there, something calls me, some mystery. The rest are not interesting, which is fine. Writing to prompts was good exercise.

Here, however, is the poem I wrote the very first morning of NaPoWriMo, after an uncomfortable and mostly sleepless night. It’s called

In the middle of the night sometimes it’s like a party upstairs and me just wanting to go to sleep.

They start with the terrible jokes. Like last night it was, “Don’t call us ‘Dead,’ call us ‘Otherly Living.’”

Oh, they cracked up over that one.

Of course I was wide awake by then. “No, dammit!” I yelled.“This is MY notebook!”

So here it is, folks. Be my guests.

First day of NaPoWriMo, everything hurts, no sleep, and THIS is what I’ve got? “Otherly living?”

It’s fine for THEM to be partying all night, but this old rattletrap’s spitting duct tape and baling wire – due for a change if you know what I mean. I don’t have time for this!

Don’t get me wrong, I’m totally up for an all-night adventure once in a while. But for godsakes! Let it be something I can write home about.

Reading so many beautiful poems of gratitude and thanks-giving this week, I wanted to share this, from my last book, Crazing: Flotsam The storm drives all ashore—thrown stick with dogteeth, twig of twisted pine, thumbnail jellyfish with dark sails fallen, torn kelp, fouled ballast, soapy olivine foam. Everyone here has the same story. We are…

Humus Let the spacebetween tree and “tree”be humus. Let the space between usfill with rootsthat are (not) mine. Let form come from this exactplace, be knit to this tree’s branchingas close as bark. Because nothing is another thingor a puppy of our thoughts but only thishappening here between us: let me grow a word for… 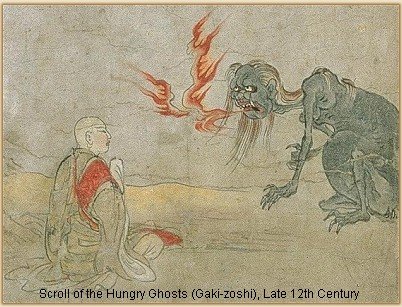 In Tibetan paintings, the realm of the hungry ghosts coexists with this one. They fly around and around us, wailing their lack, screaming to be filled. They are pictured with long constricted necks and vast, flapping, empty bellies. There is no way to unknot the neck and receive nourishment, no matter how much – or… 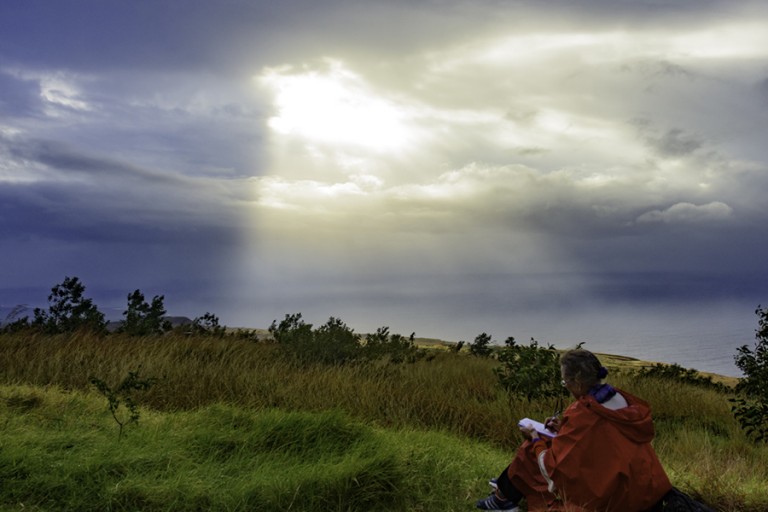